I have an administrative update and a writing update.

If you’re here reading this, you may have noticed that I redesigned my website! The website features a new look, my new logos…

…and should run a bit more smoothly too.

War of Flesh and Metal, the final book in the Flesh and Metal trilogy will be out at the end of this year—meaning in late December. I currently have preorders up in a few ebook stores for November, but I’ll be changing that or canceling those preorders as needed. Unfortunately, life got in the way of writing, and I’ve had to push it back a month.

On a lighter note, I’m really loving how the book is turning out, and I think it’ll be a great finale!

I’ve pretty much given up on blogging. I think you and I would both prefer that I spend my writing time writing stories instead of blogs.

I’m now on track for February, and I’m confident enough in that timeline that… the ebook preorder is up! So consider this a combination cover reveal and preorder announcement.

Trust no one.
Especially not yourself.

Despite the warnings and the dead bodies, CyberCorp has shipped the Model One androids to its customers.

They work perfectly—except around Lena.

Each malfunction puts someone in her life at risk. But there’s never any evidence. There’s only Lena’s word that the androids are dangerous. And why would anyone believe her, with her track record?

Then the threats start: someone Lena loves will die. She can stop it, but only if she plays along with a madman’s game—only if she stops the androids and whoever is controlling them…

…before they kill again.

With even more mystery and more suspects than the first book, this second installment in the Flesh and Metal trilogy will keep you enthralled until the last word.

That means there is exactly one month until Girl of Flesh and Metal hits the shelves. But if you’ve been following along you know that already.

What else is going on?

I’m revising Good Luck and Bad Juju, which is the first in a trilogy about cursed sisters. One of them has to die.

She thinks the real curse is to be the one who lives. She’ll do anything to save her sisters, even if it costs her own life.

Which one should I write next?

I am thrilled to show you the new cover for my upcoming young adult science fiction novel, Girl of Flesh and Metal.

Thanks so much to J Caleb Design for the artwork. I came to him with little more than a description of the book and the main character, and he put together this amazingness.

Without further rambling, here it is, followed by the book description. And BONUS: It’s already up for preorder—and at a discount. If you’re so inclined, you can scroll to the bottom of this post for the link to get it now.

It was supposed to help her—not turn her into a monster.

Now, Lena’s stuck with this cybernetic arm, and her friends are terrified of her.

And maybe they should be.

The arm’s artificial intelligence takes Lena’s thoughts to the extreme. It acts when she doesn’t tell it to, even when she’s asleep.

Ever since she got the new limb, she’s been sleepwalking and waking in odd places. To Lena, this is just another example of how CyberCorp—her parents’ company and the manufacturer of the arm—screws up everything.

As the rollout of CyberCorp’s new android approaches, a murderer targets children of the company’s employees. And thanks to her sleepwalking, Lena doesn’t know what she was doing during the murders.

When the evidence points to her, Lena decides to prove her innocence—or her guilt.

You’ll love this fast-paced young adult sci-fi because the twists and turns will keep you flipping the pages.

Grab it now at the preorder price.

It’s been a while since I published, but here is incontrovertible PROOF that I’ve been busy writing. Among the projects I’m working on is this new Young Adult Urban Fantasy trilogy.

Thanks to Seedlings Design Studio for the amazing artwork.

Here’s the cover art for the first book, Good Luck and Bad Juju, followed by a book description. I hope you’re as excited as I am for its release!

One sister must die.
The others have to live with it.

Whatever you call it—in Raven’s family, it kills one girl per generation. Raven has two sisters and no plans to lose them. She refuses to become her control-freak mother or her drunk grandmother, who still grieve the sisters and daughter they lost to the curse.

Raven petitions the spirits for protective gifts: empathy for one sister, sight for the other, and Raven gets luck.

When a stranger with a dying son is caught in the petition, his gift makes him unstoppable. The more desperate he becomes, the stronger and larger he grows—and the more he loses control.

In his mind, only Raven, her sisters, and their magic stand between him and his son’s life.

The sisters have survived a hostage situation, a break-in, and countless car accidents, but this man’s uncontrolled strength and obsession are their greatest threat.

Will the girls’ gifts be enough to save them? And if not, is Raven lucky enough to be the one who dies?

Maybe you ended them feeling bad about yourself.

Quick reminder: you are enough.

As we start the countdown to the new year, a lot of you are making resolutions.

How will you be thinner, more productive, more of what all the ads tell you that you need to be?

You can choose, at any moment in time, to improve yourself. You don’t have to do it just because the Earth has made yet another trip around the sun.

So despite not being a little old lady, I wear hearing aids, because apparently my ears are defective. In other words, I’m a cyborg enhanced with advanced hearing technology.

Those of you who don’t think this makes me a cyborg are probably the same group who don’t think Die Hard is a Christmas movie, and you really need to rediscover your joy.

Okay, I admit that one has nothing to do with the other. But I just read this article about how 62% of people wrongly think that Die Hard isn’t a Christmas movie, even though it obviously is, and I wanted to publicly point out their wrongness.

Anyway, today is my doctor’s appointment to discuss upgrading my hearing aids. In other words, I will be upgraded with new, improved super-hearing capabilities.

Now, if I could just figure out how to use this super power for the good of humanity… 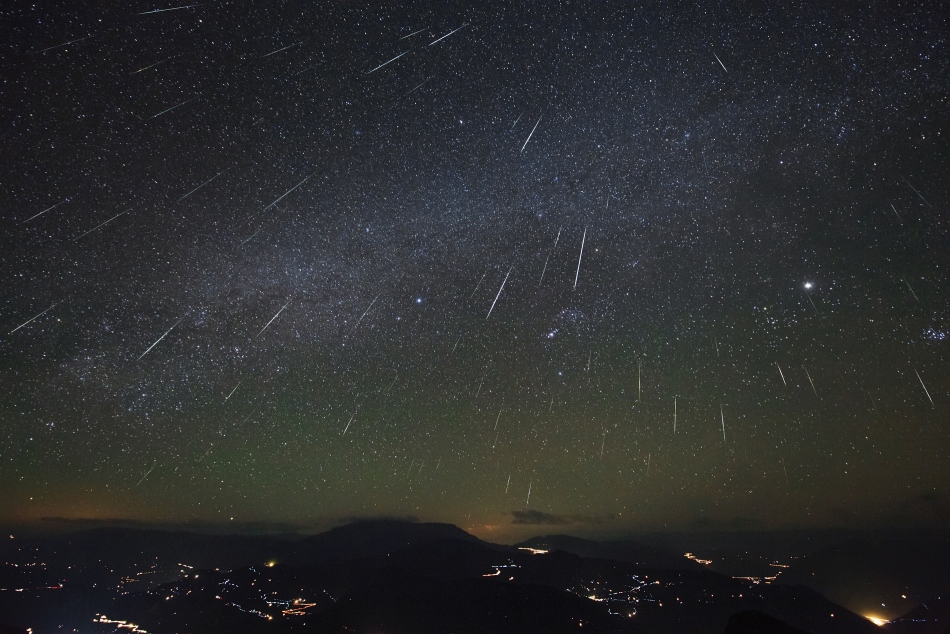 It’s a fantasy of mine to set foot on Mars. I know it will never happen. Even if I get the opportunity, it will likely be a one-way trip, and I plan to die on this planet. So photos like these are the closest I’ll ever get.

I am in absolute awe.

But of course, my imagination runs wild with potential story ideas. What could possibly go wrong? I have some thoughts on that…

We have now alerted the Martians that we are watching them. So what happens when someone pops a super-high-tech camera into your house? Maybe you take the camera down. But if you’re a malevolent Martian being, maybe you take advantage. You stage events you want them (i.e., puny humans) to see, while all the while you are inspecting the camera to learn more about them.

In summary, the Martians know all about our technology. They are using Insight to lead us to believe Mars is a dead planet while they plan their attack.

Okay, you’ve read mine. So what do you think could go wrong?